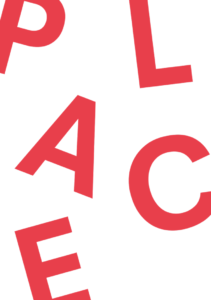 Capacity is a major issue for community organisations.  Client numbers have risen, needs are becoming increasingly complex, and all this is happening against a background of cuts.  The primary focus is on delivery, especially where there are contracts in play, so almost all attention is given to achieving targets – often at the expense of having time to learn.  As one interviewee said, “If you’re being measured against ‘the doing,’ it becomes even harder to carve out time for learning.”  Another said, “The day-to-day stamps out the space to ask the big questions and search for innovative solutions.”  While few people articulate it like this, learning is treated as a luxury that we currently cannot afford.

Capacity isn’t the only issue preventing organisations from learning.  People also describe significant levels of mistrust within the system – and how the system itself drives the mistrust. “What there is [currently] is a scarcity mindset around resources, money and knowledge.  As a result, a lot of organisations don’t want to share.  This has been driven by cuts, but also by increases in need, and by the political frameworks in which we operate.”  As one CEO said, “If I trust other organisations, I’m happy to share with them, but I won’t share with just anyone.  These days, I’m guarded with other organisations I don’t know regarding what we’ve learnt and what we’re trying because we’re all competing for the same funding.  I tend not to go to ‘partnership’ meetings anymore because of my limited capacity.”  Another senior leader echoed this: “Everyone’s trying to protect their bottom line and budget.  The thing is, individually, this is a rational way for organisations to behave.  But it creates significant problems across the sector at large.”

Underpinning this is a massive amount of fear – fear of risk, of the unknown, of loss of funding, of competition, of making mistakes, of making things worse.  This is felt across the sector, from frontline staff to commissioners.  When presented with new ways of doing things, “a number of people and organisations have rejected [them] out of hand because ‘We’re not funded to do that.’  We’ve encountered a sense of ‘This is going to disrupt our way of doing things so much that we don’t have a clue where we would start, so we’ll just reject the whole thing.’”

Related to this is that activities that aim to promote sharing and learning have not been working:

“We’ve seen a number of attempts to get organisations meeting and sharing regularly that have floundered.  The problem is that these groups need to demonstrate that they are actually doing something that makes a positive difference, otherwise people lose interest and stop coming.”

“There have been various inter-agency boards operating in Gateshead, but they’ve all been centrally-based and all invite the same senior people.  There have just been too many of them, and many have collapsed through lack of commitment.”

Treating learning as a luxury can result in the death of hope.  One senior leader said:

“It can be incredibly hard to justify [spending time on learning], but if we don’t take the time, nothing will ever change.  If all we’re doing is coping with increasing numbers and exacerbated needs, then we’re not giving people a reason to feel hope.  People have to feel hope that things can be transformed – not just hope for an individual but hope that tomorrow could be different.  Learning is the only thing that can drive this hope.  Hope cannot be a luxury, it’s vital fuel for people.  Without it, we’ll all either become jaded and cynical and that will leak out over each other or we’ll leave the sector because it’s too painful to care.  We have to create this hope at the macro level to help people cope with the micro.”

In the social sector, we see people get trapped in the system, going round and round, and being damaged by a seemingly never-ending barrage of assessments and referrals, waiting lists and negative decisions.  If we do not prioritise learning – finding new and better ways of doing things – we are locking ourselves into this destructive cycle.

Where to from here?

Thankfully, our interviews also highlighted several reasons for hope.  Despite often acting as if learning was a luxury, organisations know that it is not.  Some effective learning networks do exist alongside a real desire to foster the type of relationships that lead to effective learning:

“One of the key barriers to making the changes we need is the lack of sufficiently deep relationships across organisational boundaries.  We need to invest in developing these relationships – when people are friendly with one another is when things get done.”

“We need to find the people who are prepared to be blunt and advocate for the need for real change.  We need to be having the difficult conversations.”

“The process is not to rush to solutions but to ‘stay in the messy stuff’ for longer to build and deepen the understanding between the different groups.”

Whilst there is deep dissatisfaction with the learning opportunities currently available in Gateshead, there are ideas for what is needed:

“I think rather than seeking to create ‘learning spaces,’ we should create ‘action spaces’ for frontline people to make concrete plans about things they can actually do differently.”

At the Collective Impact Agency, we are acting on this last suggestion.  We’re currently designing an ‘action space’ to bring together all those who have been involved in these interviews to make concrete plans about what can be done differently in Gateshead.  We are also pulling together “the people who are prepared to be blunt,” trying to facilitate the difficult, messy, but necessary conversations.

Watch this space for updates.