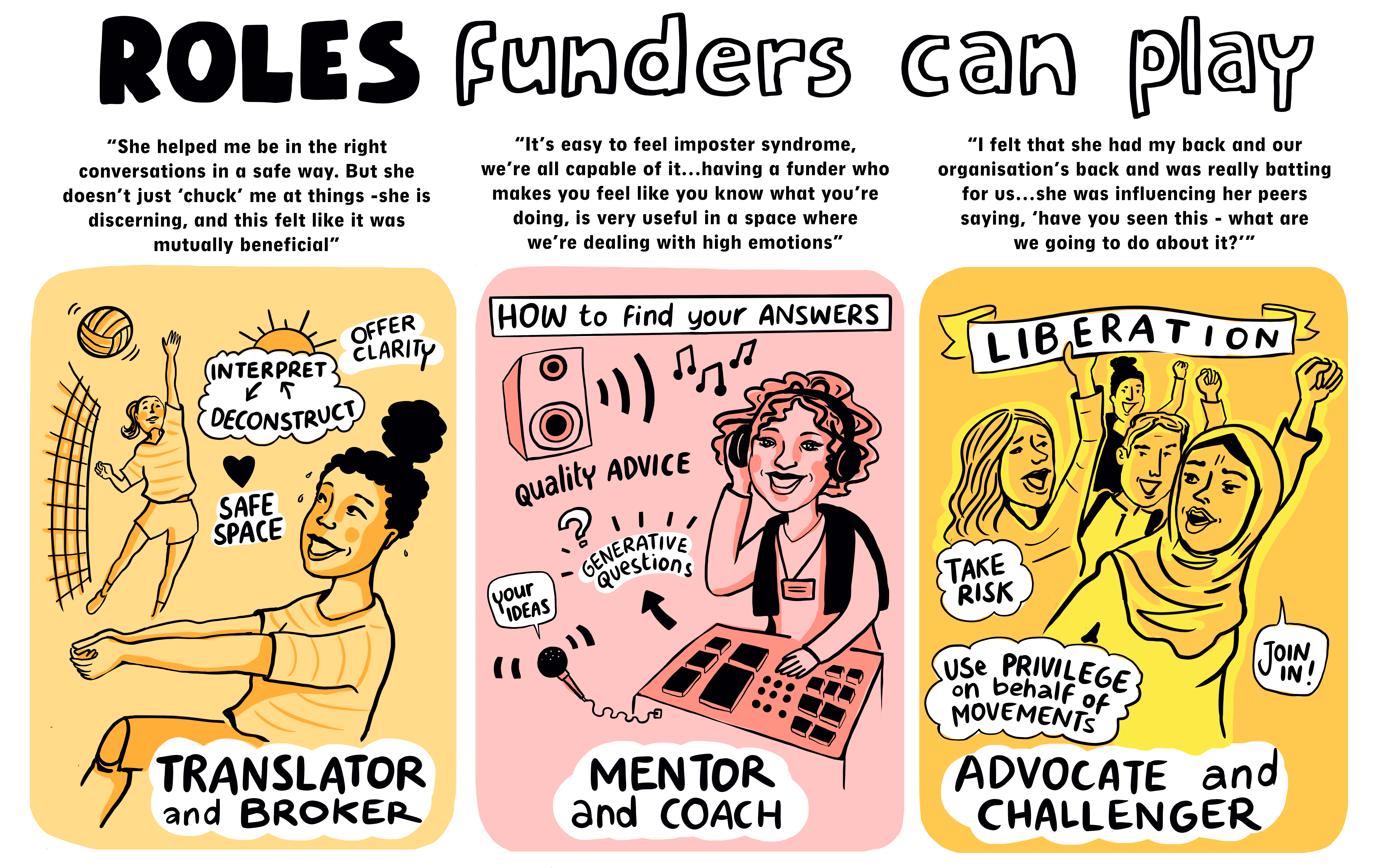 A sub-question for the Resourcing Movement inquiry is around what a funder ally to social movements might look like in practice, and how traditional power dynamics between grant givers and grant recipients can be transformed.

Jenny Oppenheimer has been Inquiry manager at LCF since 2018 and has built relationships with movement leaders and organisers and those relationships could hold clues as to what being a funder – movement – accomplice might look like.  Before going on sabbatical in June 2022, we asked six movement leaders who have worked with Jenny about what kind of practices and ways of being they find most helpful in funders. This is what they have said so far. 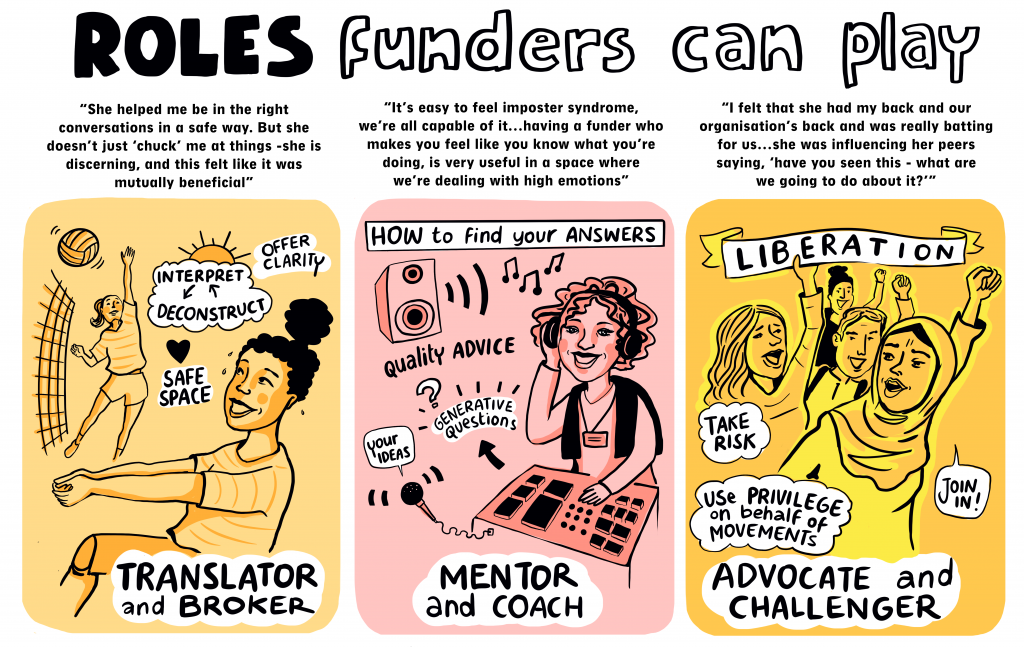 People described several funder roles outside the money-giver script as helpful to movements:


Practices and ways of being movement organisers value in funders 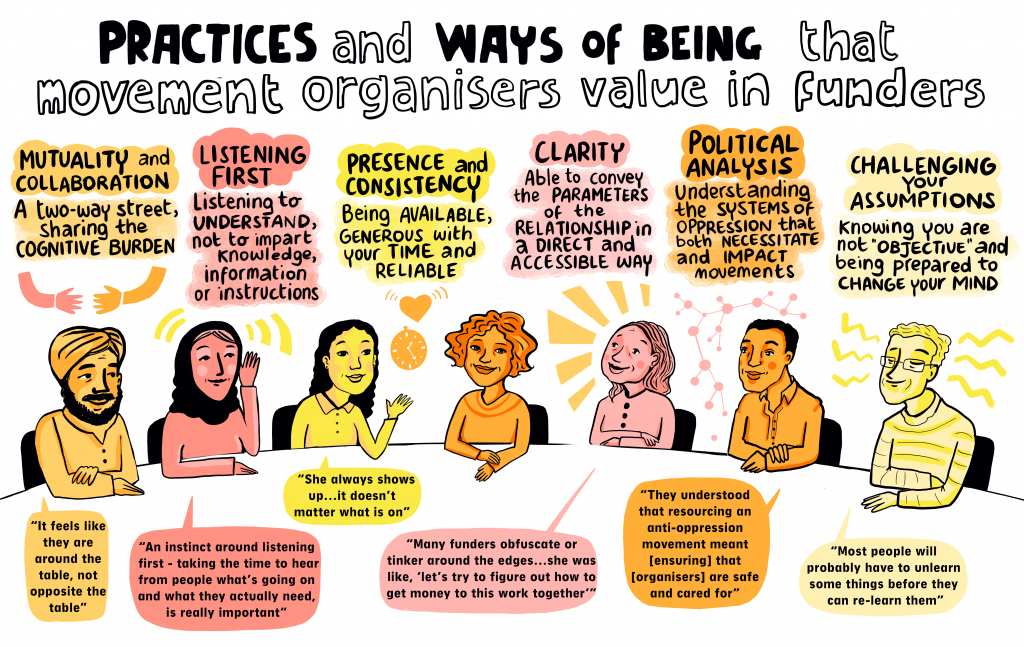 So much more is possible in the presence of trust. But trust is not something that can be assumed, claimed or expected – trust is an action. Practices movement leaders identified that help build trust with funders include:

Actions funders can take to align with social movements 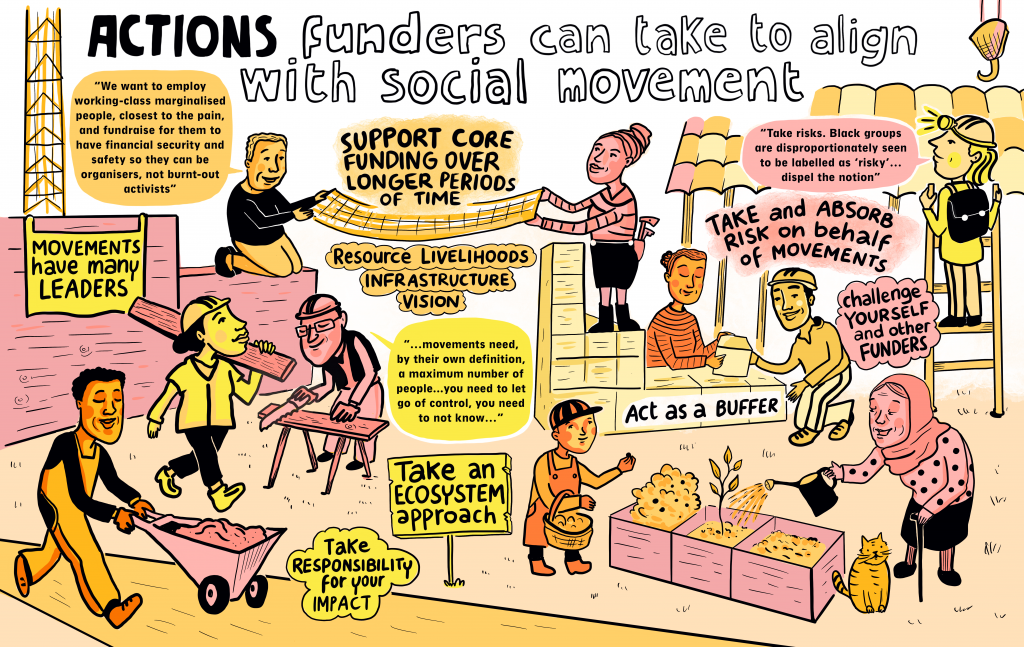 There are also structural things movement leaders talked about that are needed to bring about broader shifts in the power dynamic between funders and organisations: