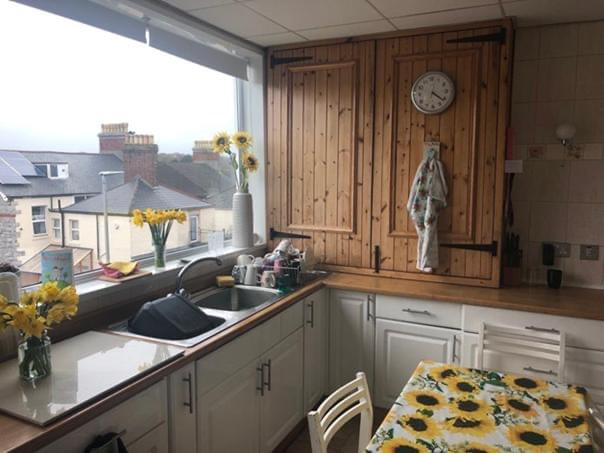 The new Gender Matters report strikes a particular chord for me, highlighting the urgent need for women-only services. Every year, over 335,000 people in England today have been found to face at least three of four of life’s harshest disadvantages – homelessness, mental ill-health, substance misuse and violence and abuse. Of those, more than half (168,000) are women. Women like me. And yet I felt it was only when I hit rock bottom that I could get the right help.

It didn’t have to be that way. I am determined it shouldn’t be that way for other young women. That’s why I am sharing my story, to learn from first-hand experience.

I am a woman in recovery from childhood trauma, which has led to my mental health problems and later developing a problematic relationship with alcohol. Like so many women highlighted in the research who are most disadvantaged in this country today, but too often missed, I have experienced domestic abuse.

I was 11 when the traumatic abuse began. After that experience began the onset of a life-threatening eating disorder that stayed with me for many years of my life. This was the first of numerous unhealthy, dangerous coping mechanisms I developed to deal with the world. Luckily, despite being told that it was highly unlikely I would be able to have children, at the age of 20, I fell pregnant with my son. My beautiful boy, my whole heart. 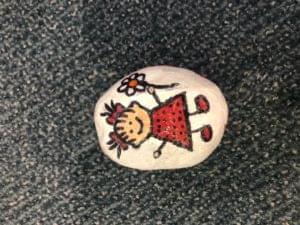 Unfortunately, the pre- and post-natal care I received was poor, becoming pretty much meaningless as I moved a number of times during pregnancy, ending up hundreds of miles away from friends and family. After my son’s traumatic birth – he nearly died, I was in a terrible physical state- my pre-existing mental health problems got worse and post-birth hormonal changes meant things became too much.

Unknown to the right kind of support services, I had nowhere to turn. I struggled to cope.

Ironically, I was coping well with looking after my son. He was such a happy baby -I prided myself on the one thing I had seemed to get right in my life.

But I was struggling with my own thoughts and emotions, my relationship was abusive and I couldn’t talk to anyone. I felt alone.

I had some kind of support which I had found for myself. I joined a mums and babies group with the National Childbirth Trust (NCT), a lovely group however concerns about teething and sleepless nights were the least of my worries. It barely scratched the surface.

The isolation came as a shock after a beautiful pregnancy with so many hopes and dreams for this beautiful child. The guilt was awful– how could I feel like this when my son was such a beautiful gift. My mental health deteriorated to breaking point.

I began drinking the odd glass of wine after I stopped breastfeeding when my son was 10 months old. It became a habit, quickly spiralling out of control. Before I knew it I was in trouble, too scared to ask for help.

Like women in the Gender Matters report, I was afraid of judgement and that my little boy could be taken from me.

By then, we had moved back near people we knew but my drinking was already out of control, I just couldn’t stop. Thankfully, a support worker at the children’s centre uttered words which saved me and my son. ‘I wonder if you’d be suitable for Trevi House’? (one of few residential mother and baby units for mothers with substance misuse). I went. It was just what we needed, a safe place to heal myself with my son by my side.

It radically changed our lives, setting us up for the future.

But I should never have had to hit rock bottom. My crisis could have been prevented.

If only there had been better statutory help for me earlier on. Support right for me as a young woman, who like so women in the Gender Matters report, are scared of allowing people to help, fearing judgement and the risk of our children being removed.

For me, the most important course has been the Freedom programme, an 11week course for someone affected by domestic abuse. My eyes were opened to understanding abusive behaviours and beliefs, including their effect on children. Boosting my self-esteem, it helped me spot and avoid falling into the trap of future abuse. As well as the skill, compassion lies at the heart of the Centre.

We need more services like Sunflower where women come forward, feel safe to talk without fear that their children could be taken away, to not feel judged or inadequate as a mother or woman.

Speaking from first-hand experience, I firmly believe an all-female environment is essential. I have attended a service for men and women who are addicted to alcohol or drugs. It didn’t work so well. Many women are dealing with a past of abuse, they have already been sucked into negative co-dependent relationships with men, where men call the shots. Mixed services risk offering unhelpful opportunities to repeat these relationships, getting in the way of a person’s recovery process and, in my experience, creating a whole new set of problems. Something magical happens when women come together to support other women, empowering each other to grow together. It’s a truly beautiful thing.

If there was a centre, like the Plymouth one I still attend, it could have made all the difference as I moved ‘lost’ around the country, a young mum in desperate need. Statutory women-only support services should be widely available to any woman in need, in every town and city in this country.

Just think of the positive ripple effects for society – not just for the women like me but for our families and the wider community who enjoy our talent, our children’s talent and potential.

All of us have a saying at the centre, ‘Empowered women empower women. When women stand together united, lifting each other up, great things happen.’

About the Author: ‘Katy’ is not her real name, she writes under a different name to protect her and her son’s identity. She lives with her boy.

Website: You can find out more about Sunflower Centre and Trevi House here