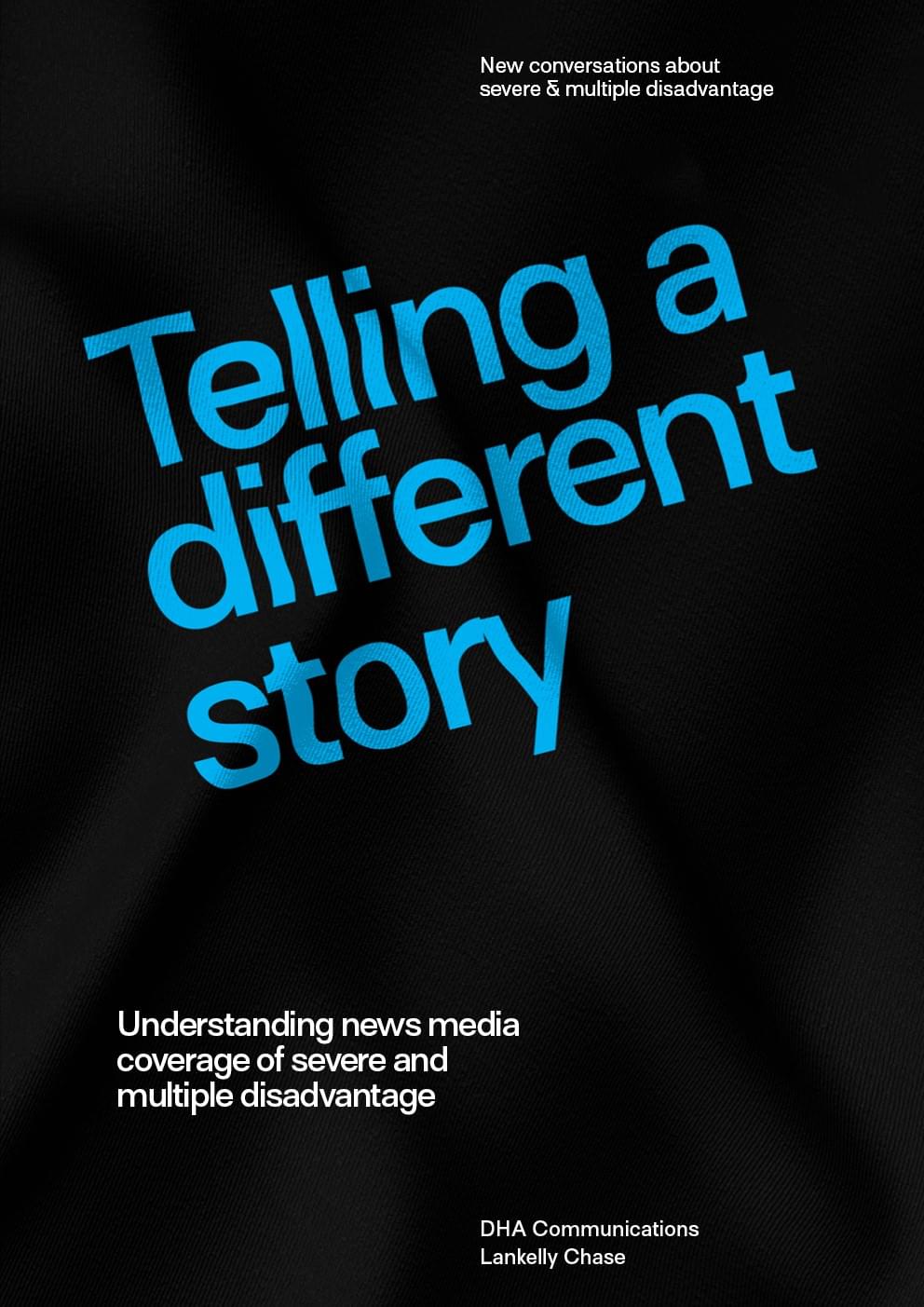 “The Mainstream media is broken” this was the rallying cry of over 100 people in 2017 as The Common Sense Network crowdfunded over £50,000 in 50 days to build a new independent news outlet for and by ordinary people.

Whilst the phrase was powerful and galvanising, subsequent research showed me that the phrase was only half true. The media is in fact not broken. It works perfectly for those it was designed to work for. It was not built for people who experience severe and multiple disadvantage (SMD) who are readily the targets of smears and negative coverage but for the powerful, the political class and believers in the status quo.

I must admit, when I approached the report ‘Telling a different story,’, I did so with a gnawing cynicism. Could things really be different? What differences could be made to a system built for the majority on the back of minority suffering? The report answered some of my questions but also raised new ones.

As expected, the report found that ‘In general, the voices of people with lived experience of multiple disadvantages [were] missing from their own stories.’ It also found that when the stories are covered, there is often ‘a lack of empathy’ in the reporting.

This is to be expected. Most of my postgraduate research showed that large media outlets often paid lip-service to issues rather than creating the platform for genuine and authentic debate. Some outlets would rather co-opt a narrative like the ‘oppressor vs oppressed’ and ironically position themselves as the oppressed. We saw this phenomenon in the way the Daily Mail reported on Prince Harry and Megan’s decision to step back from being Senior Royals. They suggested the media were being oppressed because of the abandoning of the traditional Royal Rota system. This is a trivialisation of this unique narrative and does those who experience SMD no good. It is also a frequently used tool by mainstream media types who often speak about issues and not to them. They often parrot the narrative of those who experience SMD, enjoying the forcefulness of the argument but bearing no responsibility.

This report found that ‘the media rarely reports on the complexity of people’s lives’, a point that is often made by those not invited into mainstream discourse. One of the fundamental reasons the mainstream media fails to do this is because exploring the complexities of those that experience SMD is simply not consistent with the profit motives which often dominates newsrooms. To these institutions, the least powerful in society are simply not a large enough group to constitute a cleavage worth serving. Most of them struggle to exercise the same economic power as the general public and so there is no incentive to pursue and platform the perspective of those locked out of mainstream coverage.

This is why we need independent news outlets who at their core will champion those who experience SMD. We need media platforms whose very purposes are to cater to underserved populations and sections of society. This was one of the key findings which I hoped would have made it through to one of the concrete recommendations posited by this report. It states, independent ‘online news media present valuable platforms for amplifying the voices of people with lived experience of SMD.’ If this is indeed the case; rather than waiting for the mainstream media to change, whilst more people experiencing SMD further suffer, we need to think about credible short-term remedies as well as long term ones.

Where this report fails is in only suggesting recommendations that rely on structures to almost self-regulate or act in a benign way.

If indeed, the advent of online platforms makes it easier to amplify the voices of people currently missing from mainstream news, then we need more of them!

I would have loved the report to recommend explicitly the need to support new (and also existing) independent platforms. We can wait and hope that mainstream media outlets change whilst also supporting the emergence of these new platforms that champion and amplify the voices of people experiencing SMD. With a multiplicity of voices and platforms, people often excluded from mainstream conversation can finally speak for themselves and control their own narrative!