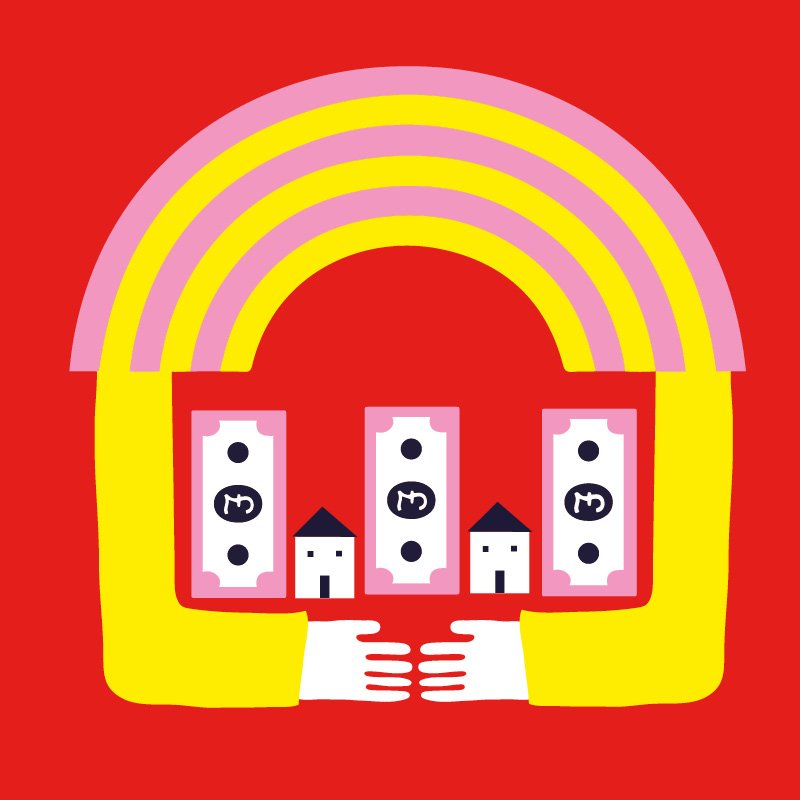 Lankelly Chase is an endowed foundation, meaning that our income comes primarily from our investments. Our endowment comes from the combined legacies of Major Alfred Allnatt and Ron Diggens, who had worked together in the development of land and property. Its beginnings and early history are recounted in ‘A matter of trust: A brief history of the LankellyChase Foundation’. Since then, the value of the endowment has been maintained by investing it in financial assets, including company shares and bonds. We have been working with four investment management companies since 2012 who manage this on our behalf: Cazenove, CCLA, Ruffer and Sarasin & Partners. They are overseen by our Board through its Investment Committee. While the value of the endowment has fluctuated over time, as at 30th September 2019 it amounts to £153 million.

We started by considering internally, and with our investment managers and others, how we might approach our investments in a way that helps transform (rather than sustain) the systems which perpetuate severe and multiple disadvantage. The complexity of the question – particularly in terms of the investment mandates which might be required, and how to leverage our own endowment for wider change – has led us to adopt an action inquiry approach to the work, and to appoint our first dedicated Investment Director to help lead it.

We are now a few months in and have chosen to respond most immediately to the climate crisis, which is also galvanizing others around the urgency of addressing the systemic impact of investment practices.

The Paris Agreement outlines the need to make finance flows consistent with the goal to limit global average temperature increase to well below 2°C above pre-industrial levels, and pursue efforts towards 1.5°C. As a subsequent Special Report of the Intergovernmental Panel on Climate Change makes clear, the difference in expected outcomes between these two levels is substantial across many indicators.

The coalescence of actors around this lower level, and related availability of research and models, make 1.5°C an appropriate anchor as we develop an investment approach which supports systemic change. However, it is important to acknowledge that even a 1.5-degree limit to average temperature rise is projected to have significant global impacts, particularly in low-lying areas of the world.

It is not fully clear to us what it means to align an investment strategy with this goal in a way which contributes to systemic change, so we are approaching this at several levels and potential leverage points.

What was clear to us, however, was that ongoing investment in companies producing fossil fuels was not contributing to this goal. Instead, it meant we were profiting in the short-term from their fossil-fuel based business models, while also bearing financial risks due to their unsustainability.

We took the decision to sign the DivestInvest pledge, and to sell all our directly-held investments in companies deriving more than 10% of their revenue from fossil fuel production, and exclude them from our portfolios.

While this is a necessary step, we also believe that a much broader range of companies are instrumental in sustaining our carbon-intensive socio-ecological system, and therefore that we need to act more deeply, broadly and systemically.

We will share more on this over coming months, but it has also involved joining the Institutional Investors Group on Climate Change (IIGCC), where we are collaborating with others to design Paris-aligned investment approaches across different investment asset classes and overarching asset allocation frameworks.

We’ve been engaging each of our investment managers on their efforts to support a 1.5°C temperature goal through engagement, and how they are taking account of climate science and policy in their investment processes, as well as influencing the latter to the same end.

We’re increasingly scrutinising the nature and quality of investor engagement on climate breakdown, and considering strategies to make this more robust.

Alongside other charities and foundations, we are also engaging with the Charity Commission on whether its guidance and the legal framework on investment responsibilities need to be clarified in light of the climate crisis and a range of legal developments which point to the importance of this to the duties of charity trustees.

We expect all of this to lead to meaningful changes in our investment strategy during the first half of 2020.

We intend to be open and transparent about how our understanding and practice evolves, not least with our partners who receive the money generated by our investments, and to share what we learn with others.

We are working with like-minded investors through formal networks like IIGCC, the Charities Responsible Investment Network, and beyond. As well as blogging about our progress, we will update this page every three months with a link here to our entire investment portfolio. Currently, our investment portfolio reflects our historic approach, but we expect it to change meaningfully during 2020.

Some of our investments are in pooled funds, which are often managed by other, secondary investment managers and themselves invest in underlying financial assets. We don’t have full and regular access to these underlying holdings right now, but we are working on obtaining and publishing these too.

Please get in touch if you would like to talk about what we are doing – we would love to hear from you. Email dominic@lankellychase.org.uk or tweet us @lankellychase.