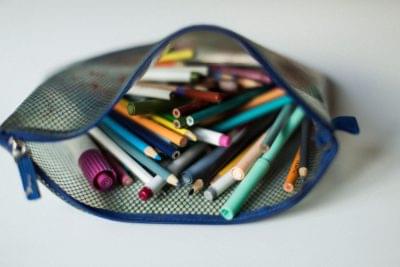 Some key objectives for BLM and many organisations are to defund the police, decolonise the curriculum and to reinvest into social work and education. As a Black British male, I think we need to question whether this is the right approach.

As a child, the police were not the first authority figures to assume I would have a higher propensity for crime and misbehaviour, nor was it the police who would persistently reinforce the idea that I was ‘non-academic’. Instead I encountered this first from educators. If funding is to be reallocated to schools and community groups, it is crucial to think critically about systemic racism in the children and young people’s sector or we resign ourselves to simply shifting the problem elsewhere.

The question of inequality in education has been the subject of debate ever since schooling was made compulsory for all in 1876. Middle and upper class education tended to be academically focused, while Ragged Schools for destitute children taught manual skills such as bricklaying and sewing. Much like government programmes for working-class NEET young people today, it was thought that by teaching poor children a trade they could be diverted from a life of idleness or crime.

When I moved to London as a youth worker at the turn of the millennium I expected the experiences of young Black students to be different to mine. However, just as how being the global majority has not enabled people of colour to overthrow oppression globally, BAME children in London still fall victim to deficit narratives about them despite constituting 80% of inner-London students.

This is why I established Class 13. Decolonising our education is crucial to changing the narrative around BAME identities across all sections of society and at Class 13 we believe that we must first start by decolonising our own minds. The charity’s mission is to better prepare teachers to recognise their own role in systemic racism and wider inequalities and to become an active threat to inequality in schools.

Through an intensive programme of mentoring and group support Class 13 works with teachers, parents, students and senior leadership teams to embed methodical and considered anti-racist and anti-oppressive practice within schools.  Class 13 recognises that there is not a ‘quick-fix’ to dismantling bias and therefore provides participants support across an entire academic year to ensure long-term systemic change. We do not prescribe a set of rules to be adhered to; instead we work alongside each participant to reflect on their practice and discuss new approaches to help them improve outcomes for their students.

Bias is not inherent; it is taught. If we can provide a safe space for all young people to grow in environments free from deficit thinking we will begin to see the ripples of change through our communities.

To find out more about Class 13 and our Anti-Racist teacher training please get in touch with us; we’d love to hear from you. hello@class13.co.uk.