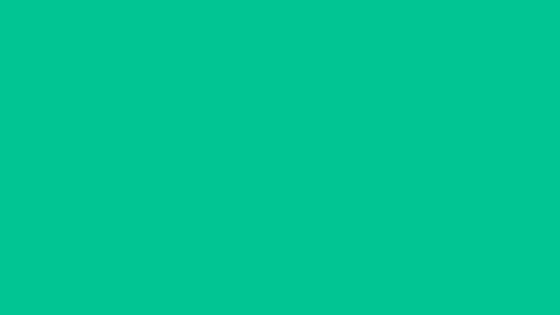 This is a bit of a brain dump after an exciting week of work, following the second two-day workshop as part of the System Changers programme. I’m on the programme with a dozen other staff members from the Children’s Society (and a great colleague from a smaller youth charity), working in all different projects across the country. The programme is giving us the tools to solve problems in the systems we work in; even when this might mean transforming the system itself- throwing the whole thing out if you like.  Because we all work in different roles, just hearing about others ideas can be really interesting and inspiring.

I would be lying if I said something had clicked, inexplicably, into place movie-style, but things are definitely making a lot more sense now. Thought I would try and record this moment in time… for System Changers: The Movie, natch.

The first thing is that once you start thinking about things with a system (and then a system design lens), they turn up everywhere. We were told this a lot during the first few days of the programme but turns out, it really is true!

In lots of ways, this can be quite overwhelming, but it definitely helps to see a way into change within often impenetrable messy systems. My role is within a programme looking at child exploitation and a large component of the (new, three year) project is to look at system change. It’s still a quite unbelievable feeling when you or partners identify a problem in the system and you realise that it’s actually your job to think about and try and solve that problem!

At the moment, things are quite rose-tinted. I am working on a number of system change projects with colleagues and all are at early stage. We are still mapping and thinking about our hypotheses for what a good change would look like. That means that we have yet to really hit up against the dark matter which exists these systems… and things are exciting. When things get frustrating and convoluted, I’m hoping that the same tools which we are using now- for instance, mapping the journey of a young person through part of a system- can provide a point of stability.

The power of finding the right people

Part of my sunny optimism of this point in time is following two really useful meetings with those within systems which we often see as entirely unreceptive to change; in this case, a Local Authority and the Metropolitan Police.

In both of these meetings, we were discussing the need for change within a system. With the Local Authority in particular, I was bowled over by the extent to which system design language had been embedded in their practice. They spoke about mapping problems and then designing system change which responded to risks they had found; the work they had identified to pilot was exciting and innovative. However, it was clear that there were considerable internal barriers to moving to this way of working, including a pushback within their working culture, significant resource constraints and lots of bureaucratic governance. A lot of our work with them will be to support that process and provide some external momentum to help push through that.

It’s also clear that a lot of the system changes work in child exploitation is going to be greatly informed and aided by the development of theories of contextual safeguarding. Contextual safeguarding has been explored and championed by the University of Bedfordshire, who have worked developed a lot of practice guides and resources around this, include some useful videos.

This is very helpful concept in providing a shorthand for and evidence of why systemic thinking is important to keeping children safe for exploitation risks. However, I’m keen to stay mindful that there are lots of other systems, beyond those with direct contact with a child, which need understanding through a systemic lens and that there are also other outcomes, beyond pure safeguarding, that we want to push for children; for instance, access to justice, emotional and wellbeing support, understanding of their rights. I’m keen to see how we can use the relative popularity of a contextual safeguarding approach within the social care sector and use it to explore and deepen understanding of other systems.

I’m also interested to see what exactly it’s going to look like when we are trying to involve partners in system change who are less on board or completely outside of this way of thinking. Time will tell!

This has been a good start to the programme and this week especially has been very creative, with lots of writing and doodling and post-it notes, but ultimately my brain hurts. New ways of thinking are fun, exciting and really tiring! Have committed to having some less intense time too and to drink lots of water, because it actually gives me a headache sometimes. I think we forget how draining it can be to work within massive problems and try to share a specific framework for doing so. However, overall, I’m feeling extremely positive!

Liv Pattison works as an Intelligence Officer at The Children’s Society, working with research, data and partnership-building to disrupt child exploitation. She is one of the young people’s charity workers taking part in Lankelly Chase’s System Changers programme.